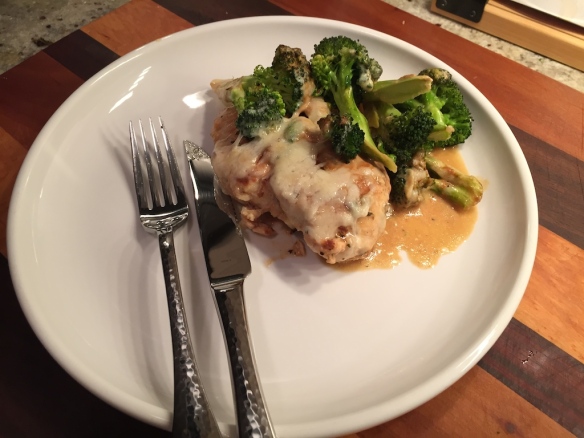 I admit it. There was a time when I was cooking Rachael Ray recipes nearly every time I made dinner. No, she’s not a “chef,” but I have almost every single one of her cookbooks because she makes simple, easy meals that are approachable. Half of those cookbooks are falling apart, I’ve used them so much. I’ve since moved on to others like my favorite Tyler Florence, but I come back to Rachael every now and then and enjoy every bite. This recipe is a variation on her chicken in mustard sauce (she sometimes has recipes that serve as a base and then a bunch of variations on them to change up the original). I love that it’s a one pot and incorporates the vegetable. And it’s one of those feel-good meals, creamy but tart from the Dijon mustard, and who doesn’t like broccoli topped with cheese? 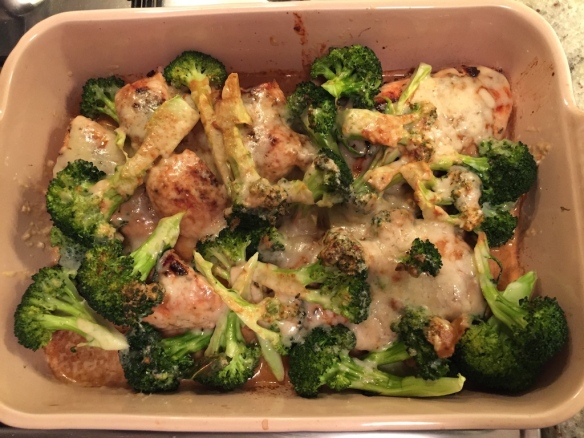 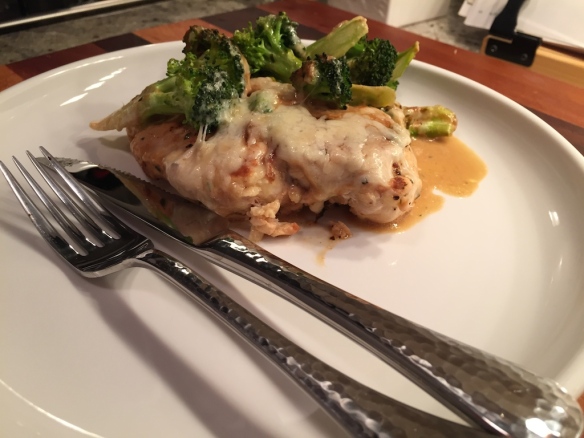 Season the chicken with the thyme, lemon juice, salt, and pepper. Heat a large non-stick skillet over medium-high heat with the EVOO. Add the seasoned chicken breasts and cook for 5 to 6 minutes on each side, or until cooked through.

While the chicken is cooking, cook the broccoli in boiling water in a shallow pan with the lemon peel. Cook to just heat through—you want the broccoli spears to retain their bright color. Drain well.

Remove the chicken from the pan and cover with the foil. Turn up the heat on the skillet to high and add the chicken stock and mustard, whisking to combine. Bring up to a boil, reduce the heat, and simmer for 3 minutes. Whisk in the sour cream and continue to cook until slightly thickened, about 2 more minutes. Add hot sauce when finished.

Place the cooked chicken breasts and broccoli in a shallow casserole and top with the deviled sauce and the cheese. Broil until the cheese is brown and bubbly. Serve with crusty bread.