I had some super fresh yellow squash and a big bag of kale to cook up from this week’s farmers market haul, and I happened upon this quiche recipe in Cooking Light — jackpot! 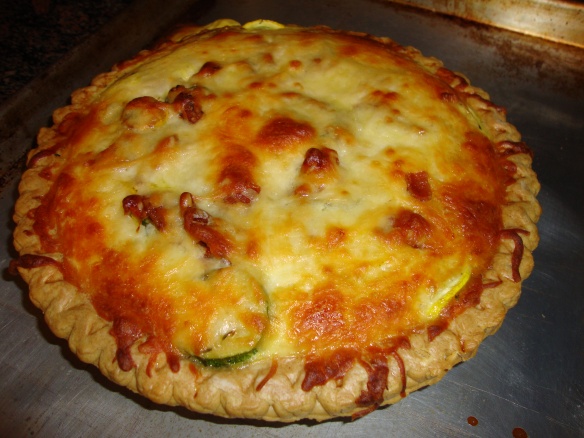 To go alongside, I grabbed a sauteed kale recipe from FoodNetwork.com, courtesy of Anne Burrell. It was super simple, with a nice kick from some crushed red pepper flake and a dash of sherry vinegar at the end. If you haven’t tried kale before, you’ve got to taste this. It’s healthy and really tasty too. Yum! 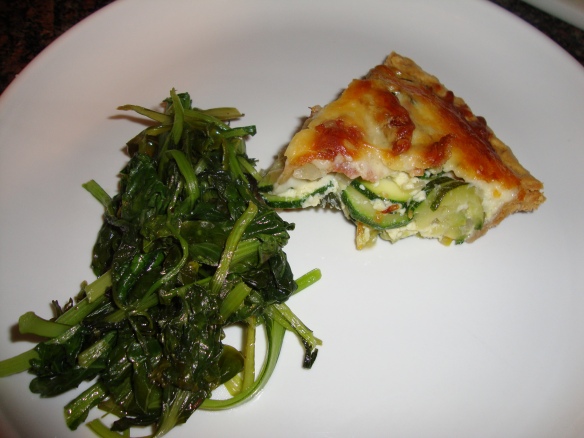 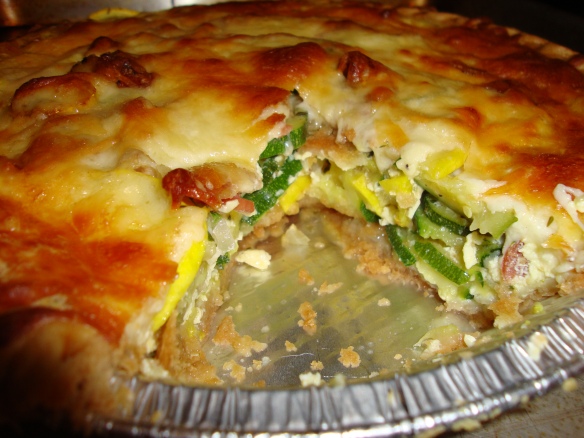 Combine 1 cup reduced-fat milk and the next 5 ingredients (through eggs) in a large bowl, stirring with a whisk. Arrange squash mixture evenly over crust, and sprinkle with 3/4 cup mozzarella cheese. Pour the egg mixture over cheese. Bake at 350° for 45 minutes or until filling is set. Cool for 15 minutes on a wire rack.

Coat a large saute pan with olive oil and add the garlic cloves and crushed red pepper. Bring the pan to a medium heat and cook the garlic until it gets golden and very aromatic. Remove the garlic and discard.

Add the 2 types of kale and stir to coat with the oil. Season with salt and add the chicken stock. Cover and cook for 2 to 3 minutes.